THE TRAGIC SAGA OF INDIAN UNIVERSITIES WITH SPECIFIC REFERENCE TO KARNATAKA 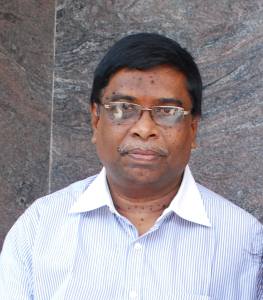 The tale of the universities in Karnataka are like the journey of river Ganges from the purity of Himalaya to the polluted Hoogly in Kolkata. Starting from the days of Takshila to the modern day's existence is no less a polluted journey than that of mother Ganges. From the pristine objective of being the beacon of wisdom and academic development, the universities in Karnataka have become obese immature boys putting on the weight of corruption, nepotism, casteeism, favouritism, ad hoc management, and day to day shift in policies and programmes. Instead of generating wisdom, it has created power centers that feed on the University for their own selfish ends. The vision and mission are confined to the bill boards at the entrance of the universities and the reports generated for consumption by NAAC Peer Team on their mandatory visit once in five years.

A drastic change that came to afflict most of the universities is the transformation of the role of being agents for conducting examinations and declaring the results. Many a vice-chancellor lamented about the fact even under the Annual System of examinations. UGC, in its own wisdom, coerced most of the universities to accept semester system in the name of progress. This move pushed the universities more towards conducting two full fledged examinations per year instead of one examination. The teachers, the colleges, the non-teaching staff and the universities spend most of their time in conducting the examinations, declaring the results and issuing marks cards. When marks cards scandals arise now and then, some more time is spent in managing the circus. Just compare it to the system, when both teachers and universities spent more time in academic development not long ago. Tutors were provided in non-science department and demonstrators in science departments. The tutors were required to do the entire process of examinations under the guidance of the faculty. The wisdom behind the system was that examination work is mechanical and teaching work is creative. The teaching faculty should not engage themselves in the mechanical work. Compare that wisdom to the present day faculty who spends more time in examination related work than teaching. It is gratifying to note that premiere institutions like National Law School of Indian Universities are bringing back the Tutors System. It is time that universities leave the work of conducting examinations to the colleges and merely supervises the work by devoting a minimum time.

The role of universities as affiliating authority is also diluted with every educational contractor getting affiliation for his college. The contractor may find it more difficult in getting the building license from the Municipal Corporation than getting affiliation from the University to a college in the same building. No longer any condition needs to be fulfilled. Affiliation is given even to colleges without having a building, leave alone a library, sports ground, hostel, toilets, rest-room and other amenities. There were times when the Affiliation Committee  investigated about the objectives of the promoters and rejected affiliation to the
promoters having a business background. Now, universities are ready to rename the buildings and departments in the names of private donors. No wonder, in a short time from now, every bootlegger will get the names of his parents or his own name contributed to the buildings and departments. Yes, Sir, we are available for sale, if the price bid is right.

What is afflicting most of the universities is simple plagiarism of American practices and a higher degree of commercialisation. The universities are functioning like any unscrupulous trader out to get the maximum blood of the customers. Instead of functioning as a beacon of wisdom, the universities copied the commercial model of Engineering and Medical Colleges in introducing the capitation fees in the form of payment seats and merit seats. With an alternative
available to the graduates to join BPO or such other companies and the capitation fee becoming a deterrent for pursuing post graduation, the cream of the students will shy away from post graduate studies. This will create a long term impact on the quality of faculty available. The adverse impact is felt by the colleges even now. Getting a good faculty has become a dream. One may not see a single candidate who may possess even three out of ten qualities required of a teacher even among a group of 100 candidates. Naturally, one shudders to think about the future. A model and an ideal university should have the following characteristics:

Finally, if the Universities are bold enough to try only what has merit, abandon the idea of semester, whether it is choice-based or credit based and bring back the Annual System for the overall development of the students. If necessary, feedback can be obtained from all those who are concerned about the semester system and the decision can be made on the basis of the input generated. Ever since its introduction, most of the teachers are demoralised for carrying on non-teaching work more than teaching work. Reading habits are coming down drastically, as the teacher runs as if Alice in Wonderland to remain where he is in terms of portions, extra-curricular activities and the multiplicity of terminal examinations even within the short duration of a semester.

The students have become almost robots created out of defective programming. They run to catch the trains of almost one examination per month. It is doubtful whether a student in Final Year can remember the titles of all the subjects he has studied in the Course in the first two years. The Supreme Court made it compulsory that every student should study Constitution so that one more subject was added. An inter-disciplinary subject was added at the time of introducing Credit-Based semester scheme. In addition, extracurricular activities are added as a subject. Many colleges introduced compulsory certificate courses to please the NAAC Peer Committee or because the UGC has sanctioned grants. The  resultant is the five hour teaching per day is increased to six hours per day and Saturday almost becoming a full day. In subjects having heavy syllabus, there is the compulsion of special classes. The net effect is one tired group of students in the teen age and the second tired group of teachers nearing their retirement age or only a few years to go before retirement. Only a radical and intensive study can throw light on the pathetic condition. Let us believe, better wisdom will prevail on the part of planners.
*********