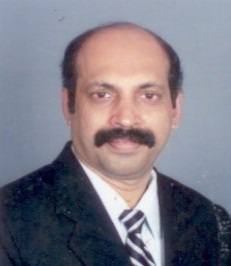 One of the features of the university system in India is the affiliation system where the parent university provides an umbrella-like cover to all the colleges of the region under its jurisdiction. Some of the universities have more than 800 colleges affiliated to them with the result that their entire time is consumed by routine administrative tasks, leaving little time for research, innovation and educational reforms.

Set up by the British during Lord Macaulay’s tenure when colleges were few in number, the legacy of affiliation continues, probably in no part of the world except in India. The system is responsible for the major ills prevalent in our higher education system where freedom is stifled and colleges strangulated by multiple regulations. An obvious answer to the problem is granting of autonomy to more and more colleges, not just to lessen the burden of the universities, but to enhance quality of education.

First, let us look at the concept of autonomy itself. ‘Autonomy’ implies freedom—to explore, innovate and excel. `Autonomous Colleges’ have been given the privilege of adopting relevant curriculum, introducing innovations in teaching, learning and evaluation, in turn, enhancing the quality of education. Does it happen in reality? What are the problems faced by autonomous colleges in Karnataka? Is autonomy total or partial? We will address some of these issues.

The main features of autonomy are: a) freedom for syllabus framing; b) striving for innovation in teaching and learning; c) scope for introduction of new courses; d) devising innovative techniques of evaluating students; e) freedom to adopt admission procedures; and, f) being relevant to the needs and the times. The University Grants Commission (UGC) in its XI Plan Objectives provides for an autonomous college the freedom to determine and prescribe its own course of study and syllabus and redesign the course to suit local needs.

Besides, autonomy facilitates a credit based system including choice-based credit system. The term credit is used to describe the quantum of syllabus for various programmes in terms of hours of study. It indicates differential weightage given according to the contents and course duration the curriculum design.

Autonomous system, though in vogue since the late 1970s and 1980s, increased in number and importance only in this century—2004 onwards. There are 561 autonomous colleges (including engineering colleges) in the country in 23 states and Tamil Nadu has the highest number followed by Andhra Pradesh and Karnataka. Colleges in Tamil Nadu being under autonomy for over three decades – take for instance Loyola College, Chennai – are success stories and centres of excellence mainly on account of autonomy. Karnataka has 65 colleges as per UGC list of approved autonomous colle-ges, of which 18 are engineering colleges.

A two-day Karnataka State Level Conference, “Autonomous Colleges – Issues, Prospects and Challenges”, organised by the Mangalore University deliberated on the issues and problems faced by autonomous colleges in the State. The conference provided a forum for exchange of ideas and discussion among policy makers, planners, academicians and stake holders.

The major problems faced by autonomous colleges are in relation to the parent university whose attitude may be described as ‘step-motherly’. The common issues relate to a) structure of courses, credits, marks and continuous assessments, b) incorporating value-added courses in the marks card and other such certificates c) starting of new courses/ subjects d) promoting innovative courses and research in autonomous colleges, and e)financial issues like processing fee for degree certificate, registration fee.

As stated by the HRD ministry, many of the autonomous colleges, though imparting high level of education and having potential for research, are not allowed to grow as they are not permitted to work beyond the limits prescribed by the university system. It is in this context that the government had mooted a proposal to grant university status to 45 autonomous colleges.

The conference unequivocally endorsed that the autonomy granted to colleges as an alternative model to the present affiliation system has immensely benefited the student and the society through quality enhancement and innovation. It gave a call to the regulatory agencies to motivate more eligible colleges to become autonomous.

To resolve the above and other issues, it is imperative that universities operate a separate window in the administrative set up to deal with problems of autonomous colleges. There is a need for universities to amend the existing statute governing the autonomous colleges for effective implementation of autonomous status as envisaged in the UGC guidelines. It is also essential that the state government issues common guidelines through the State Council for Higher Education with regard to the concept of autonomy.

The conference submitted a comprehensive document of deliberations including recommendations to UGC, state government and the universities. It was resolved to request the UGC to grant degree awarding status and also to upgrade eligible autonomous colleges as universities through specific guidelines. There is no point in granting autonomy every five years after periodic reviews for those already under autonomy for more than two decades. Such established colleges need to be given permanent autonomy or granted university status.

Some positive outcomes are expected after the report is accepted. Meanwhile, it is imperative that the university and autonomous colleges work together for providing learner-centred quality education to the students. On its part, the government needs to assume a greater role in granting autonomy to more eligible colleges based on UGC guidelines.

To sum up, the parent university and state government should have a positive attitude and be pro-active. Let colleges decide ‘what to teach, whom to teach, who to teach and how to teach’. Let autonomy be total as there is no meaning in partial autonomy.