DROP THE RHETORIC, START THE DEBATE

As a proud graduate of Delhi University (St. Stephen’s College, B.A. Honours 1972-75) I have found myself caught up in the controversy over the newly introduced four-year course at the university. A number of friends from academia have spoken to me directly; several of them have also made their disapproval public in the media. This week, a newspaper even carried an “Open Letter” to me from a respected historian, who had in fact met me just a few days previously for an extensive discussion of the issue. So what do I have to say in return? 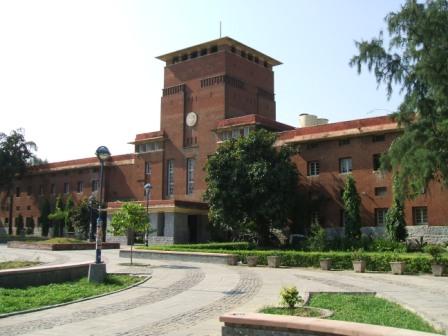 Let me stress that though I have deliberately stayed out of the controversy so far, I welcome the public interest and debate. This is how it should be, for Delhi University is the premier university in the country, its pre-eminent position reinforced by a recent survey carried out by a reputed national newsmagazine. Whether it is the quality of its faculty, the diversity and brilliance of its students, or the wide-ranging achievements of its alumni, the university ranks at the forefront of all these parameters and is rightly regarded as the fountainhead of our nation’s intellectual capital.

Given this background, it is unfortunate that the opposition to the changes in the undergraduate degree programme being made by Vice-Chancellor Dinesh Singh, a batchmate of mine at college, and his team entrusted with the academic and administrative well-being of this university, has taken the tone it has. To read some of the critics, it would seem that the introduction of the four-year course by the Delhi University is the end of the world as we know it. It is not customary for politicians in India to express a sense of hurt and pain in public but I confess to having experienced that when faced with a barrage of personally-directed rhetoric, criticism and invective from friends, acquaintances and distinguished academics whom I have often read and admired. My senior colleagues in the Ministry of Human Resource Development, led by M.M. Pallam Raju, and I have tried to address the issues raised by them in a reasonable and responsive manner. However my fundamental argument is one of principle: I do not think it is healthy for politicians and bureaucrats to overrule universities on matters that are clearly within their academic prerogatives. I dare say that those most vociferously demanding my intervention to “save” the university would be among the first to object if I sought to do so on a matter infringing their own areas of responsibility.

It may be heresy to say it, but education as a sector remains the last frontier largely untouched by reforms. The economic reforms of the last 20-odd years have unleashed our economic potential, and the governance reforms of the last 10 years have raised our civic awareness. However, we as a nation need to completely overhaul our educational systems and processes if we are to realise the full potential of the demographic dividend that awaits us in the coming decades of the 21st century. While we may collectively fret about inadequate investment in education, the truth is that the investments that we do make in our educational sector, both at the national and the State level, do not yield satisfactory returns. Teaching and research at all levels of the academic spectrum, which are professions that attract the most promising minds in our competitor nations, have become another sarkari naukri that offer a job for life replete with perks and benefits but with little incentive for performance or disincentives for non-performance. Relative to the national per capita income, our teachers enjoy a salary structure that is one of the most favourable in the world. And yet by any measure of performance, as repeatedly shown in a number of professional surveys and global rankings of universities, we are languishing at modest to mediocre levels of educational achievement.

The academic community has repeatedly responded to these concerns by arguing that academic institutions and processes need to be freed from the clutches of government functionaries and their overbearing interference. Paradoxically in the present case of DU, when the government has tried to go by this policy, all hell has broken loose. This unwillingness to abide by due process when the outcome is unfavourable has increasingly become entrenched not just in academia but in our national character.

I urge the Vice-Chancellor and his critics to engage with each other in a spirit of academic give-and-take, so as to ensure that their concerns are fully taken into account in the implementation of the new policy. This is not to question the policy itself, but the academic rigour with which it is carried out. Course design, syllabi and patterns of instruction are legitimate areas for teachers to be heard by administrators.

It is nobody’s case that the four-year undergraduate degree is inherently superior to the three-year degree. However, the Vice-Chancellor of Delhi University and his team must be accorded the respect and autonomy to follow the statutes that govern Delhi University and, with the approval of the Academic Council and Executive Council, carry out the changes that they believe will strengthen DU’s position as a centre of excellence. The freedom to experiment, to innovate and perhaps even to fail, is a freedom that must be recognised and cherished if we are to restore our universities to their rightful place in the global intellectual firmament.