Bachelor of the bizarre 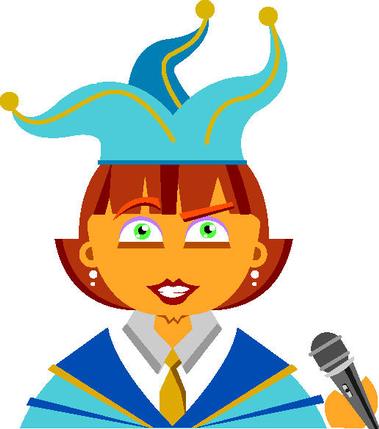 We have 567 registered universities in India offering carbon copy courses in disciplines that no longer excite the attention-starved Twitter generation. Rather than major in the mundane Mechanical Engineering or the boring Business Administration, kids these days are more interested in learning the short cut commands for becoming an overnight celebrity. Unfortunately, no academic institution in our nation has put together a curriculum yet, to mass-produce an assembly line of Page 3 people. Probably the need of the hour is to offer degrees and diplomas in Betting, Match Fixing, Insider Trading, Hacking, Money Laundering, Ponzi Scheming, Cheerleading, Limelight Grabbing, and Back Scratching. Till the time this becomes a reality, the young and the restless can choose one of the following:

The Southampton Solent University in the UK is dead serious about humour. So much so they’ve handpicked stand-up comic Dr. Chris Ritchie to create a 3-year course that straddles writing and performing in stand-up shows, radio and television, and the history and criticism of comedy from the perspective of legends like Aristotle, Cicero and Freud. Lest you dismiss it as a 36-month gag, the university points out that the course will be as rigorous as any performance arts program. Don’t take their words lightly. Else the joke will be on you.

A Master’s Degree in The Beatles

Nowhere man, please listen. Liverpool Hope University lets you specialise in the music of The Beatles by focusing on the studio sound, compositions and cultural influence of the Fab Four. The role of Liverpool in shaping the Beatlemania will be an added attraction. If you’re a day tripper wanting rock and roll music for eight days a week, then do take a ticket to ride on the yellow submarine for the magical mystery tour.

Bud, you must sign up for this 4-year course only if you believe in the spirit of ‘It’s your life, make it large’. Presented by Heriot Watt University in Edinburgh, Scotland, the BSc is designed to educate you about the malting, brewing and distilling industries by providing a barrel full of know how on the processes involved from cereal farming to bottling and packaging. If that sounds like a heady mix, the baccalaureate is sure to give you a high.

Diploma with a Major in Magic

Imagine learning sleight of hand, close-up magic, stage magic, magic with animals, illusion engineering and the allied arts of juggling, ventriloquism, mime and clowning in 6 years flat. College of Magic in Cape Town, South Africa, makes the impossible, possible, by offering a residential programme. It’s strictly for those who relish the prospect of playing Quidditch on their flying brooms.

Bachelor of Arts in Sexual Studies

Not for the prudes. Ohio State University’s stand alone program delivers penetrative insights into topics spanning sex in the ancient world, sexual functions and reproduction, intimate relationships, queer studies, and the role of fornication in films, literature and culture. Gurus who master the course — intercourse would be more appropriate — have the potential to emerge as the next Dr. Prakash Kothari or Dr. Matrubootham.

Death is a life and death matter for Morticians. In case you have a morbid interest in knowing the tricks of their trade, Lindenwood University in St. Charles, Missouri, allows you to acquire all the skills associated with Mortuary Science including arranging of the funeral, preparation of the deceased, running a mortuary and marketing of funeral services. Spoiler Alert: Keeping in mind the graveyard shifts and the need to physically interact with the departed, this is not exactly a course to die for