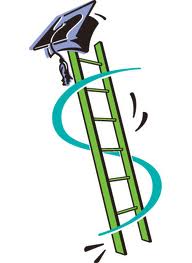 While educationists the world over move forward with new ideas relating to teaching and research in institutions of higher learning, our colleges seem to be caught in a time warp.

They are inflexible and hopelessly outdated. Like many other institutions in this country, they prefer to stagnate in the musty environment where they existed for the last 100 years. The slightest alteration or reformation sparks off angry debates born out of fear of something new. The four year undergraduate programme introduced by the Delhi University earlier this year is an example of such rigidity.

It attracted little praise and much censure, both from teachers and parents. Although the university could not be faulted on technical grounds, since it had followed all the statutory regulations in this regard, it was severely criticised for taking a hasty decision in a matter that “concerned the future of young students.”

Such disapproval need not come as a surprise. People do not take to change easily, whether it is educational policy or any other. Teachers in particular get so set in their methods of teaching, evaluating and grading their students that new methods and models seem to upset their equilibrium easily.

The same happened when autonomy was introduced in higher education institutions in Karnataka. The idea of taking responsibility for designing the curriculum, “sharing” its contents with students, examining them in order to assess not just their understanding,  but one’s own capability, was too much of a burden for teachers.

They preferred the age old formula of following some out dated syllabus where all that they had to do was “complete the portions” by dictating obsolete notes and at the end of it all, conduct one solid examination where they could value answer papers and allot marks; No internal assessment of a student’s work; No continuous evaluation of his/her progress; No consideration of extra curricular activities.

A 4-year degree programme is nothing new. It has existed successfully in the IITs and other professional universities. Some of them even have a tie up with foreign universities. When the Indian Institute of Science introduced a 4-year integrated BSc course  with six major disciplines which include even engineering and humanities in addition to science subjects, it was a great leap forward in higher education.

An interdisciplinary approach to undergraduate study gives a student tremendous advantages. Not only will they learn scientific and engineering skills through  practical laboratory experiments, but their exposure to the humanities and languages will make them competent to communicate their scientific skills when they go out into the world of work or when they pursue higher studies. The IISc model should be adopted by the state universities which have thousands of affiliated colleges presently churning out students whose education leaves them highly unemployable.

Higher education in this state and elsewhere in the country suffers from extreme rigidity. It is frozen in time and unable to change itself. Unless the programmes are more broadbased, flexible and relevant to social needs, undergraduate  education leaves its students unsuitable for further study or employment. Its very structure rules out higher studies in foreign universities the best of which admit students with a 16-year academic record. The present 10+2+3 leaves its graduates disadvantaged in this respect also.

This could be the major reason for the mad rush to 4-year professional colleges after schooling. Even the best of our undergraduate colleges have no takers for the simple reason that a BA or BSc or BCom degree has no future by itself. It requires further study and specialisation in the subject. It is considered the last option by employers.
The concept of a 4-year undergraduate course which allows its students the choice to opt out at the end of two or three years is a concept suitable to our needs. A diploma at the end of two years where a student has studied the basics of science, humanities and languages could lead to jobs that require just those qualifications.

Students opting out at the end of three years will get a degree with more specialised skills. They will be eligible for several middle level jobs. Whereas, those who complete four years of more intensive study can continue into a masters programme and areas of research.

What is wrong with a programme that offers so much flexibility and freedom? Without going into the details of study patterns, undergraduate education should not only impart knowledge. It should make the acquisition of that knowledge interesting and challenging. Why do we think that education should always be a serious, pompous activity, devoid of the fun and joy of learning? Why cannot our students enjoy what they study, take pleasure while acquiring information and turn out better candidates for further education or employment?

When India’s favourite writer, RK Narayan, was given the responsibility of teaching English literature in an American Ivy League college, he deserted the classroom with its stuffy atmosphere, and instead, read out interesting stories to his pupils under the trees in the campus. He felt that enthusing them to read and enjoy a good book was also education. It was the better way to instil a love of literature. The same principle holds good for any subject of study. It is time that our “educationists” understood this plain truth.